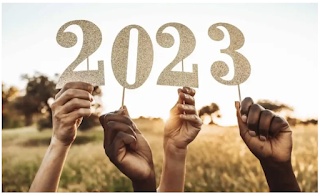 There are some big astrological influences in 2023 which, of course, will come up in my monthly reports.  Some of the themes will be subtle but a few will get our attention, right away.    There will be all kinds of squares that will be noisy globally and will also ring some personal bells.

In broad strokes, these are things on the 2023 timeline:

(May) Pluto retrograde for first time in Aquarius

I will do my best to explain this time frame as it unfolds and all the aspects between the inner and outer planets.

In the meantime, Happy New Year.